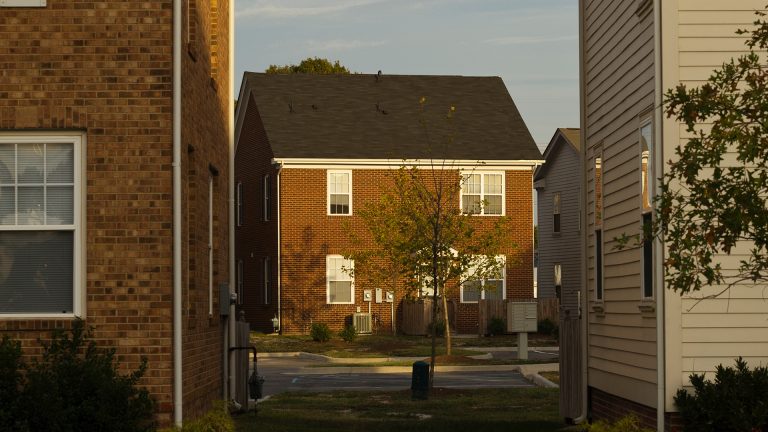 It was assailed by conservative media outlets as a “war on the suburbs” and lauded by progressives as a critical step toward addressing the state’s growing shortage of affordable housing.

In the end, it was unanimous opposition by groups representing every city and county government in Virginia — red and blue — that killed a closely watched (if never particularly likely to succeed) proposal to allow the construction of duplexes in single-family residential neighborhoods across the state.

“We believe that our local elected boards can determine what the best use of zoning is for their jurisdiction, really, on a neighborhood-by-neighborhood basis,” Joe Lerch, a lobbyist for the Virginia Association of Counties, whose comments were echoed by the Virginia Municipal League and Virginia First Cities.

The argument appeared to resonate with both Republican and Democratic members of the House of Delegates subcommittee assigned to hear the bill, who unanimously voted it down Thursday morning.

Del. Steve Heretick, D-Portsmouth, who chairs the panel that heard the measure and sounded increasingly testy as the debate advanced, suggested localities who wanted denser zoning could adopt denser zoning standards on their own at the local level.

“Politically speaking, they have a lot of limitation,” said the measure’s patron, Del. Ibraheem Samirah, D-Fairfax.

Samirah argued that in the absence of local action, it was time for the state to address the issue.

“They’ve had that opportunity for years,” he said. “Our affordable housing crisis has been present for three decades onward right now and the housing shortage continues to grow.”

Advocates for affordable and fair housing around the country are increasingly calling for reform of restrictive zoning codes, which they argue create barriers to affordable developments by artificially inflating housing prices and perpetuate the intentional segregation of Jim Crow-era housing policies.

Samirah’s proposal is a scaled-back version of a law passed in Oregon last year that allows buildings with as many as four units on land previously limited to single-family dwellings — an outgrowth of the pro-growth, Yes-In-My-Back-Yard movement that has emerged in response to the NIMBY opposition that frequently blocks new development.

“This is very good for localities,” he said, “because it allows them to build more housing without disproportionate groups who don’t want any housing at all blocking these modest units.”

Samirah’s bill drew national attention when it was filed. From the left, Mother Jones wrote, “Virginia Could Take the Lead in Tackling the Housing Crisis” and CityLab observed, “With New Democratic Majority, Virginia Sees a Push for Denser Housing.”

On the right, Daily Caller took a more alarmist tone, writing “Democrats in Virginia may override local zoning to bring high-density housing, including public housing, to every neighborhood statewide — whether residents want it or not.”

Vox fired back with an article headlined, “The telling conservative backlash to a Virginia zoning reform proposal, explained.”

In the tiny committee room where it was heard, however, local government concerns dominated and only a handful of interest groups spoke in favor of the proposal, including representatives of George Mason University’s Mercatus Center, a free-market-oriented think tank, the libertarian leaning Americans for Prosperity and Greater Greater Washington, which advocates for affordable housing, transit and bike and pedestrian infrastructure.

Withholding their support were groups like the Virginia Homebuilders Association and the Virginia Realtors, groups that conceivably could stand to profit from increased density but said they, too, preferred to address the issue at the local level.

The panel also voted down a companion measure put forward by Samirah that would allow “accessory dwellings” on single-family land, for instance, a garage converted into an apartment. His fellow lawmakers sounded more open to that idea, but ultimately rejected it for the same reason they didn’t adopt the duplex measure, reasoning zoning decisions are best left to local governments.

Affordable housing advocates and developers are often frustrated by NIMBY opposition holding up or blocking projects, but they say they currently view financing for new construction as a bigger barrier than land-use restrictions. As such, they say their primary focus this legislative session is on securing state subsidies for new construction.

“When you talk to developers and ask why they aren’t getting involved in mixed-income projects, it’s the scarcity of financing,” said Andrew Clark, who represents the Home Builders Association. “That’s one of the biggest barriers to entry on affordable housing.”

To that end, the organization is backing legislation introduced by Del. Jeff Bourne, D-Richmond, to develop a low-income housing tax credit program, which has cleared committee and is likely to head for a vote before the full House next week. Bourne is also pursuing a constitutional amendment to allow local governments to offer bigger tax exemptions to more affordable housing developments.

Another focus for affordable housing advocates like the Virginia Housing Alliance, which stayed out of the debate over Samirah’s legislation, is making sure a $63 million increase to the state’s affordable housing trust fund survives the legislative amendment process. The fund, currently at $21 million, subsidizes developments around the state.