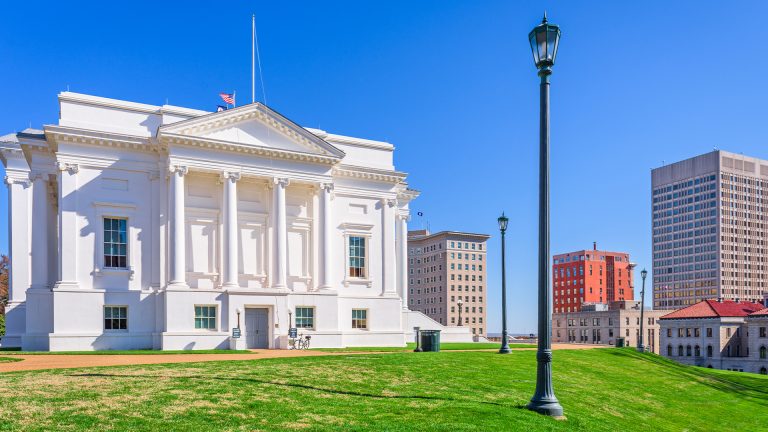 RICHMOND, Va. (AP) — The Virginia Senate has put off a vote on legislation to block evictions until next year, a measure supporters say is a vital protection for renters amid the coronavirus pandemic.

A Senate committee voted Wednesday to delay taking a vote on a measure to block evictions until next May after landlords expressed strong concerns about the bill.

Supporters said the economic distress caused by the virus requires the moratorium to keep people in their homes. The RVA Eviction Lab at Virginia Commonwealth University estimates that as many as 262,000 households in Virginia are at risk of eviction and that 16% of renters did not pay July’s rent.

“I know a lot of people have been concerned with the prospect of an eviction moratorium and I acknowledge that it is unprecedented. But we are living in unprecedented times,” said Sen. Ghazala Hashmi, the bill’s sponsor.

But landlords said any moratorium should be narrowly tailored to renters who can show a financial hardship directly related to the coronavirus. Opponents of the measure also said it puts unfair burdens and risks on landlords to try and recoup lost rent through government programs.

“This bill is one-side punitive,” said Steve Pardon, a chapter leader of the National Association of Residential Property Managers.

Lawmakers in both parties said there were enough valid concerns about how the moratorium would affect landlords that a delay was needed before the measure is to be voted on.

The moratorium is one of Gov. Ralph Northam’s priorities for the current special legislative session, which started Tuesday.

Earlier this month, the Virginia Supreme Court granted Northam’s request to block evictions through September. The high court instituted a moratorium in March, but allowed it to expire earlier this summer.

The governor also wants to restore $23 million previously approved for a housing assistance fund and add an additional $25 million.

Under the bill advanced by the Senate, landlords could only evict tenants who “willfully refuse” to negotiate a payment plan or help the landlord apply for a government-funded rental assistance program. Tenants who commit criminal acts or are a threat to health and safety could also be evicted.

Northam called the special session to address the budget impacts of the coronavirus, criminal justice reform and other measures. Democrats, who took full control of the General Assembly earlier this year, have promised an expansive session whose proposals range from banning police chokeholds to increased spending on high-speed internet for virtual schooling.

Northam has urged lawmakers to move fast, saying measures such as increased funding to ensure voting access, need to be passed quickly.

But lawmakers have not appeared in a great hurry. The House isn’t planning to have any substantive committee hearings until next week because of a dispute between Democrats and Republicans over whether hearings can be held virtually. The full Senate held a lengthy floor debate about the merits of parole and police reforms Wednesday, despite there being no bills up for a vote.